$350b and I Feel Assimilated

If this merger goes through (and I'm not hearing much yet to suggest it won't) the web is another step closer to being another corporate mouthpiece. This is the thin end of the wedge for free-speech on the web. Check out the rest of the article for a bit of corporate psychology.

In 1964 Marshall MacLuhan coined a phrase: "The medium is the message". Although deliberately obtuse, what he was getting at is this: The medium itself is of greater cultural importance than the information it purports to communicate. The worry for most major corporations is that the internet is the 21st century's "medium" of choice, and it's "message" is empowerment.

This medium, or group of mediums, enables anyone to communicate with anyone else, and crucially everyone else. Affordable one-to-one communication has been available for a while. The online equivalents (e-mail & IRC) were also been key to the early success of the internet. It is the speed at which these new mediums appeared that caught the big boys by surprise.

Marketing at the corporate level works like this: If you own the medium then it is much easier to ensure your brand receives more exposure than your competitors brand. This process is called "fucking with your head" or "capturing mindshare". From the corporate standpoint, the big problem with these new forms of expression is that they don't control them. Big business, obviously concerned that ordinary people might just be talking to other ordinary people, fought back with branded versions of much the same technology (Hotmail, AOL Messenger etc.) If some bright spark in Israel had a more popular flavour of the same thing (ICQ) then they did what all successful corporates did: They sued them into oblivion or bought them up.

The most worrying of the new mediums though has been the web itself. All of a sudden anyone can publish their opinions, market their products or more likely in the early days, their nit-pickers Star Trek and nudes fan page, and anyone in the world can see it. Inexpensive global publishing has arrived. Most frustrating of all was that an expensive new promotional site might only muster a few thousand hits whilst a page of dancing hamsters gets them by the shed-load.

The solution is the same as it has always been. Control of the medium stifles competition and ensures mindshare. This control is attained through rampant acquisition and the boys at AOL have "acquired" a fair number of companies in their time. Pioneers like Netscape, Compuserve, ICQ and WinAmp have all succumbed to their will, but their latest merger sees them branch out into more traditional mediums. As you can imagine, an all-stock combination valued at $350,000,000,000 will buy a lot of mediums. More specifically it'll buy you these...

The important point is that this corporation, and a handful of others, all but control every form of modern communication. This control mutes free-speech and breeds ignorance. Be warned: If we are to preserve the internet as a medium of free speech and public debate then do your homework. Find out who controls what you hear and read, understand their agendas and only rely on a source of information you feel you can trust. 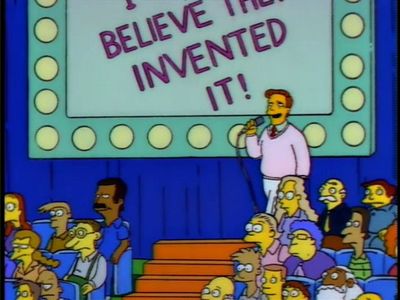 I Can't Believe They Invented It! 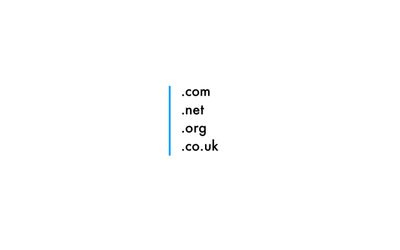