New year is traditionally a time for introspection. Thoughtful consideration of the year ahead; the fruits of which become a new year's resolution - a course correction for how you live your life. Interestingly, this soul searching is not restricted to individuals. A few days ago one of the biggest companies in the world made an ethical stand. Google famously follow a credo of don't be evil. Maybe more infamously they censored their search results to gain a foothold in China. This hear no evil, see no evil approach brought them considerable criticism and seriously dented their good-guy image.

I've written before that organisations have a personality. As a web developer I engage with a number of companies on a daily basis and my perception of those companies affect the technologies I choose to offer my clients. Actions like this matter. They have a long term effect on the bottom line.

Take Google as an example. I have a lot of goodwill towards them (more so since the China decision). They create innovative and powerful services, and offer them free to anyone. To me their personality is smart, nerdy and humorous. They are welcoming and since last week maybe even [gulp] trustworthy. What's not to like.

Now, take Microsoft (please). My experience of them has often been unfriendly and at times even bullying. They have abused their ubiquity with bug ridden browsers, misinformation and shady tactics over standards. That says a lot about personality. The consequence being I don't want to play with them anymore (okay maybe XBox) and have slowly removed their products from my toolset.

So let's look at Apple. Just about every web developer I know has a MacBook Pro and an iPhone. They're just the best products around, and beautiful too. The price you pay with Apple is proprietary lock-in - they have you by your short and curly braces.

Apple has Steve, and by inheritance a personality that is immensely charming, yet secretive and controlling. They don't play well with others and for developers a life with Apple can feel like an abusive relationship. We adore them but they don't treat us with respect. For a few of my friends at least, their famous distortion field is weakening.

Lastly then we have Adobe, a company with which I've become intimately familiar. As a Flash Developer I accept that I work with a proprietary technology. Decisions regarding it's future (and therefore mine) are made by them so we have to get along. We don't always see eye to eye <cough>European pricing</cough> but on the whole I trust the guys steering the ship.

The upside of a proprietary technology is that unilateral decisions are made quickly and the platform has benefited enormously from this agility. The other thing I like is that Adobe is not in the operating system business. When the web is the platform, openness and cooperation are a good thing, and any involvement with open source and web standards feels genuine. It's in their interests to play well with others.

And I know I haven't gotten into standards bodies and other non-commercial web institutions but I think it's commercial entities who's integrity is most at risk. That said this isn't about money - all these companies make plenty of it. This is about the long term effects of corporate responsibility. Just know that your actions matter, and we're watching you. 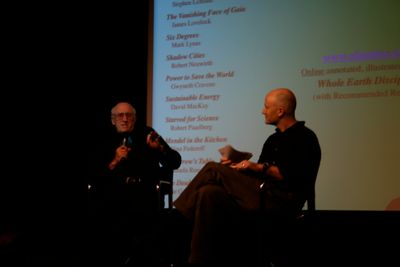 Stewart Brand at the ICA

Once in a blue moon 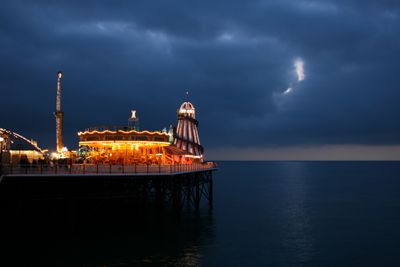