So it's reboot time again. That glorious time of year when all good web designers give their sites a spring clean. What stuck me this time round was that I found the CSS Reboot a far more inspiring affair than the original Flash Reboot.

Coming from a Flash developer I guess that could be construde as some sort of heresy but CSS/DHTML/AJAX, or whatever you care to call it, has really found it's feet in the last few years. The lack of standards support and cross browser issues that have hamstrung it in the past have been largely resolved and we are now seeing some amazing work.

The Platform Game Redux
Blogs being confessionals of a sort I thought I'd make an admission. This site has had a blog on two previous occasions, in fact it started out as just that. I found a post from Y2K called 'The Platform Game' on the Wayback Machine that documented my decision to quit HTML and go for full time Flash guy.

The big attraction at the time was that I could get on with the business of designing without spending my time writing hacks and workarounds to get my page to work correctly. Now here's the irony... 5 years on and I have a plug in that won't render in IE unless you write dynamic javascript to put it there. Any image loaded into Flash player 8 will be pixelated if you try and distort it, but the same SWF will look fine in Flash Player 7. In short, by working with Flash I've found myself in the same position the DHTML guys were in back in Y2K - a world of gotchas and workarounds!

Deptford Jack in the Green 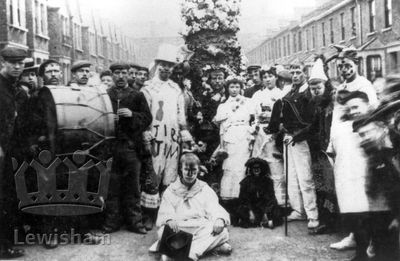