So this is the obligatory LHC post. Unless you've been hiding under a Higgs Boson for the last you few months you'll probably be aware that the Large Hadron Collider at CERN is being fired up tomorrow.

Brian Cox and the gang have been on a PR offensive to reassure us that the scientists know what they're doing. Strangely a raft of British comedians including the almost hermetical Chris Morris have revealed themselves to be interested in, or even ex quantum or astrophysicists. Quantum physics is mind bending stuff, so whether you believe the scientists is ironically a matter of faith. Some of the protests have gotten very nasty of late so I'm going to side with the scientists.

If I can make one observation though it would be this. Part of the problem I think is photographs like the one above. When people see that, they think of this...

I suspect the grand switching on will be significantly less whelming than the death star laser but I'll be tuning in anyway. You can to by watching the live feed here. Sleep tight, and if the skeptics were correct then at least I have a fixed date for the end of my timeline. 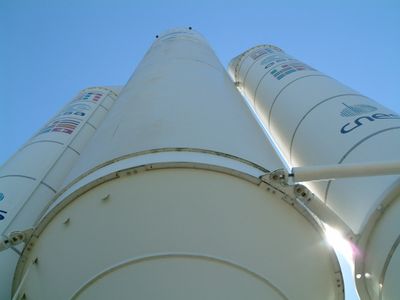